Promoting the tourist potential of the west coast of Ireland is the Wild Atlantic Way, an initiative started in 2014 that marks 2500 km of roads, from Cork on the south to Malin Head, the northern tip of the country. I, for one, am not convinced that the west coast of Ireland needed to be flogged as a destination. It has a substantial reputation already. The Wild Atlantic Way does have a memorable stylized wave logo (vvvv). The route includes many scenic roads like the Slea Head Drive outside Dingle, and Conor Pass. 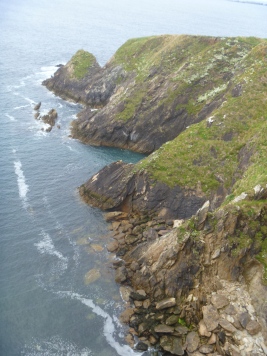 There are also lots of beaches. Since we love beach combing, we visited every beach on the Dingle Peninsula. Then we started north. This is Fenit Beach, northwest of Tralee. 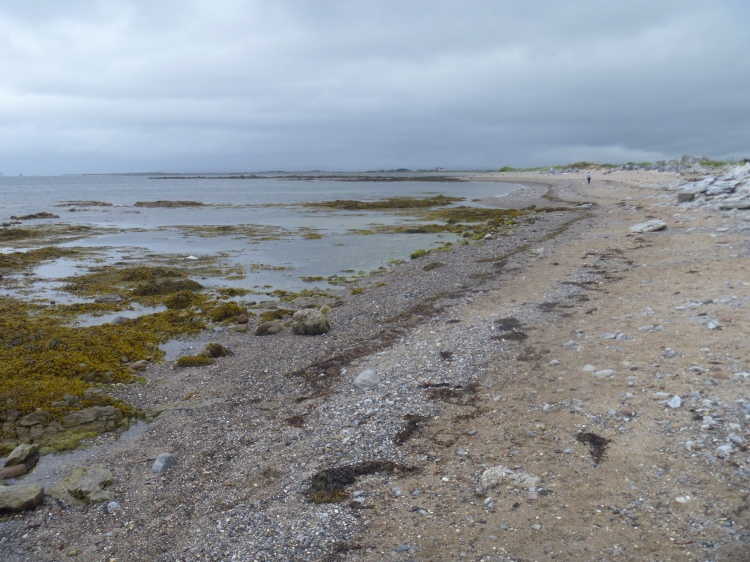 It’s not all beaches. The arrows pointing down small country roads may encourage visitors to go just a bit further. We decided to find the ruins of Wardtown Castle. I later read that it’s the ruin of one of the first Palladian structures in Ireland.

Sadly, it burned down and not much is left. It was a good ruin, in any case.

We’ve followed the WAW around half of the Ring of Kerry, all around the Dingle Peninsula to Banna Beach in north Kerry. We went to Tarbert, on to Limerick, the Cliffs of Moher, the Burren, and into Galway. We haven’t driven every kilometer of the route, but now we are extending our reach north from Sligo to the Slieve Lieg and beyond. Sometimes we’ve visited an area for one of the sights and been captivated by the scenery instead. That’s what happened at the “Ghost Village of Port”. The ruins are nothing special but the views are wonderful. There is another beach and another cliff around every corner. 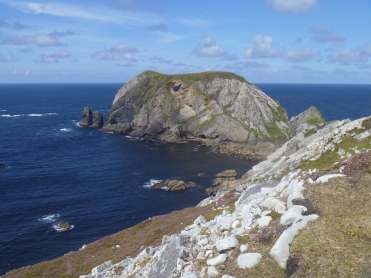 We’ve seen birds on land and seabirds on the rocks. We’ve watched ships sailing by, sailboats tacking back and forth. We’re on the lookout for whales, but haven’t seen any yet. (Whale Watch Ireland 2017 is this coming weekend. I hope the whales will come out for it.) We pass ruins everywhere, from a 20th century Coast Guard station to neolithic ring fort and dolmen (tombs). 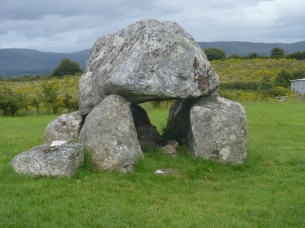 For anyone traveling with children, there is a Wild Atlantic Way passport you can buy and then get a stamp in the local post office of every participating town. If you get 20 stamps, they will send you a prize. I can imagine kids watching the map like little hawks to avoid missing any stamps. It could be fun. 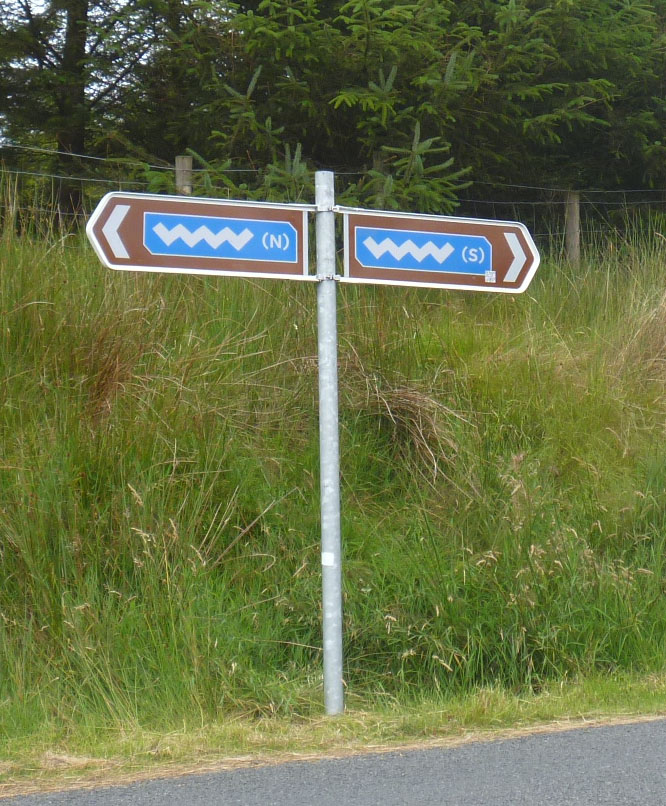