Sometimes there are things by the side of the road that are puzzling but very attractive. 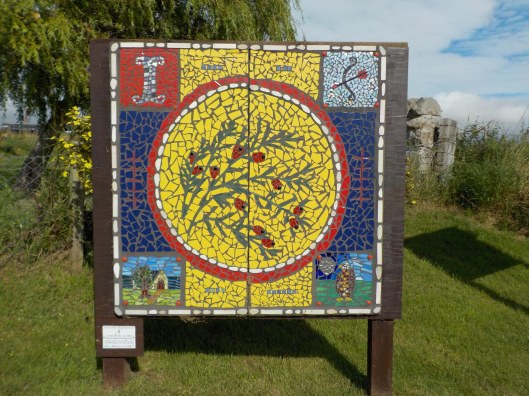 This piece of mosaic art is by the side of the road on the way to Cromarty, and is part of a larger art initiative, though I haven’t seen any of the others.

Here’s another strange sight. It’s the much-maligned medieval tomb of Richard de Moravia in the Dornoch Cathedral (note the cute lion at his feet). Richard is known for having slain the leader of a Danish contingent by hitting him with the severed leg of a horse. Sadly, that feat was not enough to win the battle, and Richard died during the same engagement, in 1260. His remains were interred in Dornoch, possibly because he was the brother of the church’s founder.