Edinburgh is as green as anywhere you can imagine. Yes, it has been raining, sometimes heavily, but the payoff is that the gardens are beautiful and the flowers in perfect bloom.

We’ve arrived in Scotland at an unusual time. The Brexit vote was just over a week ago, and like many others, we were unprepared for a decision for the UK to leave the EU. The pound sterling is at a record low, this morning $1.29 = £1. This has no visible effect on daily life, though it will help our end-of-month budget accounting. Comparing Scotland with Norway and the other places we’ve visited is an inexact science because most statistics are for the UK as a whole. The population of Edinburgh itself is around 500,000 or around the size of Albuquerque. Average income is about $35,000 per year. That’s lower than Norway, but higher than anywhere else we’ve been, more than twice the average for Portugal, for example, and Portugal is also a member of the EU (for now). Every site that notes average income points out there is huge variability. The Human Development Index is .907, almost as high as Norway, and life expectancy is relatively high, 78 for men and 80 for women. 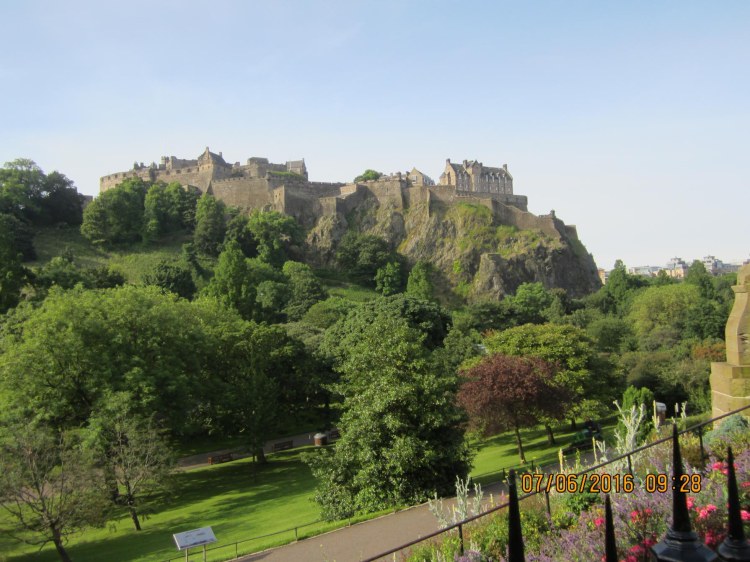 I made my first visit to Edinburgh Castle with Paula and Emily (her daughter-in-law) before Emily returned to her conference in Glasgow and Paula left for Italy. We had a ROYAL moment at the castle, when the car carrying Princess Anne to a war memorial event passed right by us. (She didn’t wave, but there she is.)

After that excitement, we liked the views from the castle best, along with the dog cemetery. I invested in a membership to Historic Scotland (£34.50 each) that will allow me to revisit Edinburgh castle and visit many others.

This was our first sunny day, and we had coffee on the Royal Mile, admiring the sun on the steeple of St. Giles cathedral. 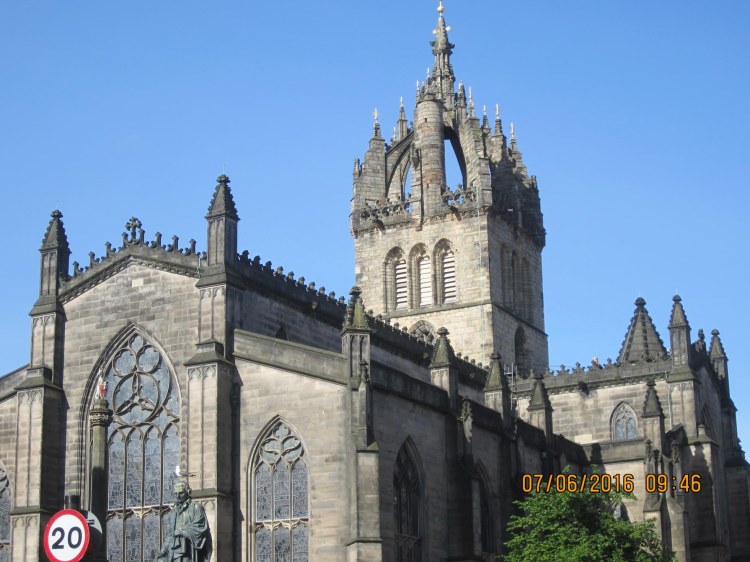 There are already lots of things of note. 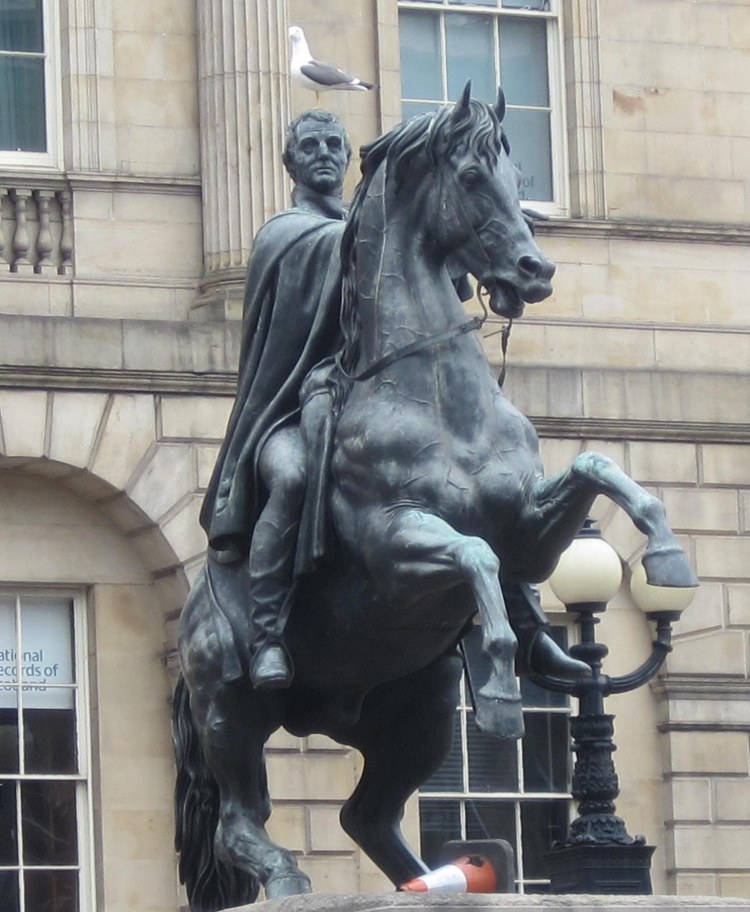 There are many, many statues of famous Scotsmen that always seem to have a bird standing on their head. I will be vigilant in documenting them–I’ve never been in a city with so many bronze men standing around on pedestals.

There are also animals, sometimes in preposterous poses. Here are some rearing elk. 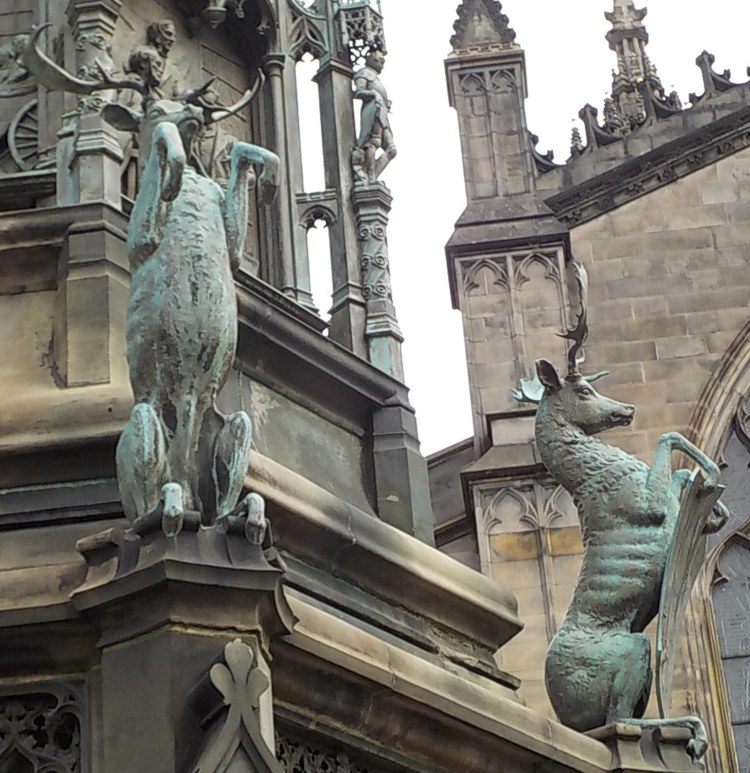 Narrow passages lead off the Royal Mile, each considered an alley, or close.

There are unusual shapes, too. 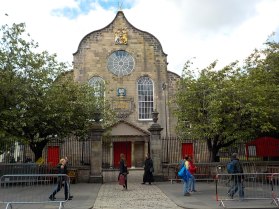 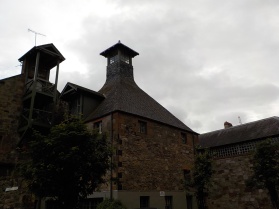 And romantic views out over the city.

The old towers over the new, looking from the Old Town toward Calton Hill.