Fantasia, or cavalry charge, is the name given to a popular Moroccan sport and neither name does justice to the event, which is a cross between a game of “chicken” and a battle from Game of Thrones. We went to Tissa, where a well known Fantasia and horse fair are held every September. We watched practice runs for a local competition to be held this week and saw junior teams learning the ropes.

Inside the tents, men drank tea, chatted and checked their cell phones while waiting for the competition to begin. We were invited into the tent belonging to a cousin of our driver, Simohammed. The tents are huge and brightly patterned on the interior.

The fantasia is a competition among teams of nine to twelve men on horseback carrying antique rifles. The goal is for the team to charge in a single straight line at top speed, pulling up as a unit as close as possible to a chalk line at the end of the field, while firing their rifles overhead. A perfect team fires the volley and it is heard as a single shot. The horses are bedecked with elaborate gold, green and red embroidered trappings and saddles, and the men wear a range of clothing from matching white robes and soft leather boots, to jeans and tshirts. (Their clothing is probably more elaborate on competition days.) 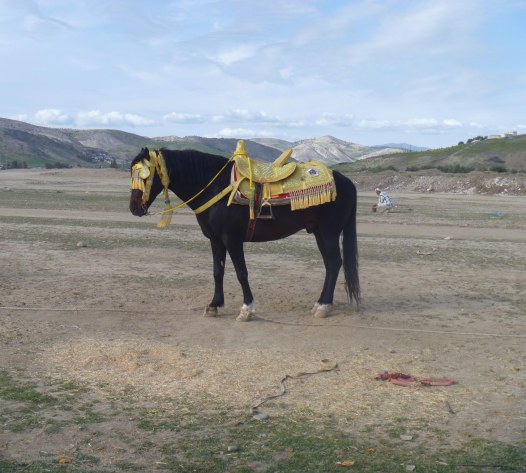 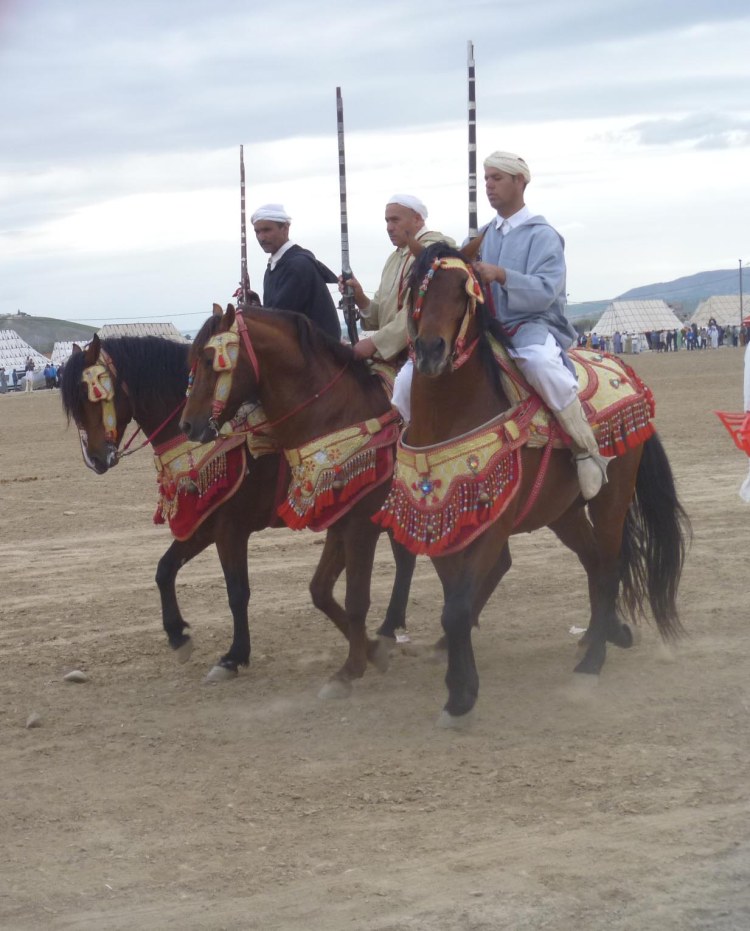 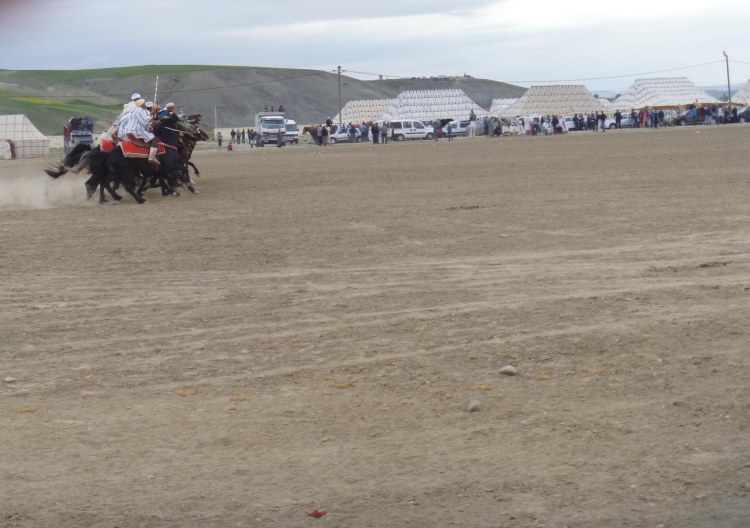 We moved from the side to the end of the field.

Terrifying, except that the crowd applauds and laughs, both admiring and relieved that the horses held up at the line and that the guns shoot powder but not shot. Every charge looks like the horses will trample the wall of spectators and the cars and trucks behind them, but they don’t. Spectators are kept about 6 feet back from the chalk line, so there’s not a lot of room for skittish or out of control horses.