We left Hobart under a cloud of cold smoke, with the temperature around 60°. We arrived in Melbourne in similar weather but without the smoke. The coming days are forecast to be in the 90°s. Rolling blackouts in Melbourne last week ended with a lot of finger-pointing. I’m waiting to see what happens during our stay. Will the AC work? Will there be blackouts?

After a month in farmland, Melbourne looms as a gigantic city full of contemporary architecture. I feel like the country mouse newly arrived in the city. 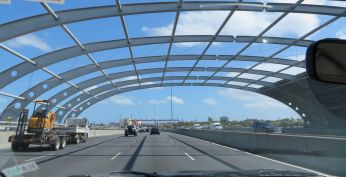 Sure enough, the day after we arrived was a scorcher, and it was even hotter on Sunday. The beach was packed both days, and I didn’t go until late in the afternoon to avoid the worst of the heat (over 100°).

We braved the heat in the morning when we found out that the route of the Melbourne Midsumma Pride March was relatively near us. The parade was a wholly upbeat event, mostly people with rainbow umbrellas and enthusiasm, many friends and family of LGBTQIA marching and watching. There were a few people dressed in fabulous outfits, and a few barely dressed. The mood was celebration rather than hookup, and we enjoyed it all. Why go to a pride parade? General support for the idea that people can be whoever they decide they are, and the possibility of seeing something fun and a little outrageous. We did well on both counts. 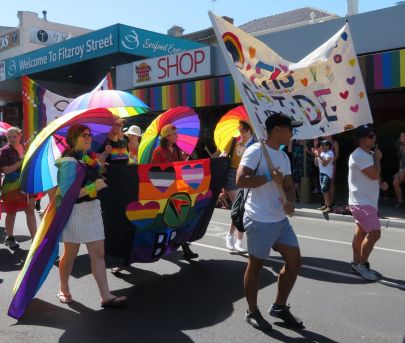 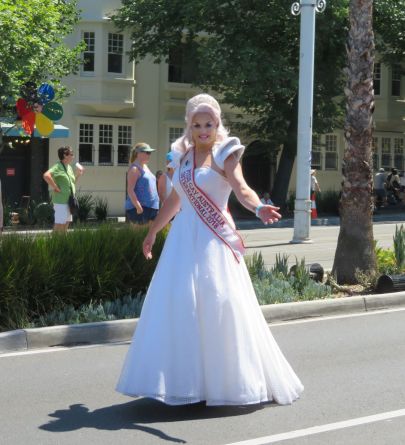 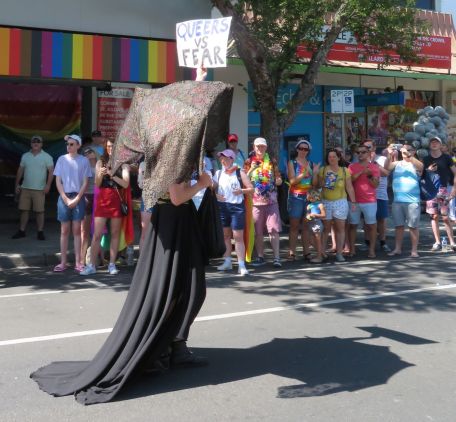 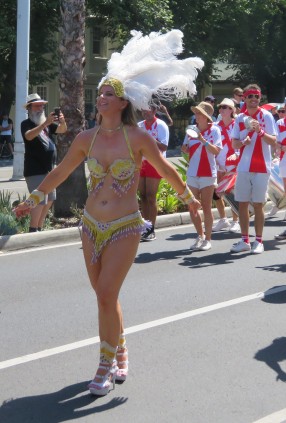 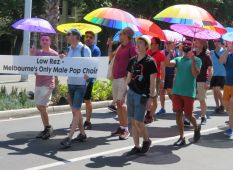 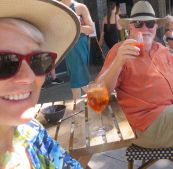 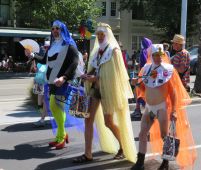