Months before we arrived in Dingle, Jonathan read about a local potato festival and decided that he wanted to participate. He emailed the organizers, sharpened his potato peeling knife, and marked the date. 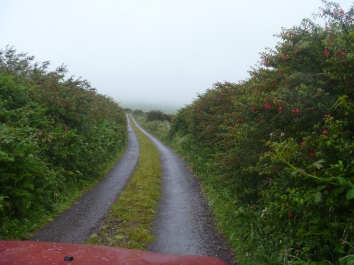 It wasn’t as easy as jumping in the car, because all the publicity for the festival was in Irish. Diligent work with Google translate and the map led us to a pub in Ballydavid (only shown as Baile na nGall on signs). The roads are pretty small, but we emerged into a seaside community centered on a small beach and a pub, Tigh TP. Quite a crowd turned out for the potato festival, and it seems that everyone other than the three of us understood Irish.

We found the organizers, who were delighted that we actually made it there. Jonathan submitted his dish for the cooking competition. He made causa, a potato and fish terrine that is a popular appetizer in Peru. 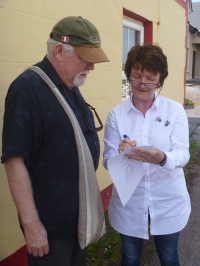 It took him a few minutes to explain to everyone that potatoes actually come from Peru–there was some skepticism. There was more skepticism that he was from Peru, so he had to tell the story of our retirement travels. After that, we went to find a seat to watch the festivities. There was a tasting of boiled potatoes (no salt, no butter). The judges were heroic in tasting about eight different potatoes submitted by growers from Dingle as far as Tralee. 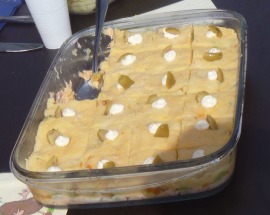 There was a separate panel of judges that tasted the prepared dishes. While we watched the dishes being introduced and tasted, we shared a picnic table with a couple from Dublin who come to Dingle every year. Mary and John were excellent company. The afternoon passed rapidly. The results of the cooking contest were held until the very end. In the mean time was the peeling contest. 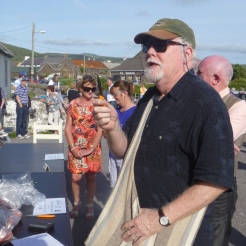 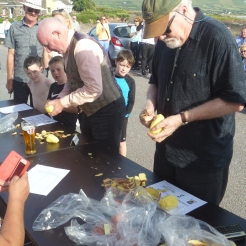 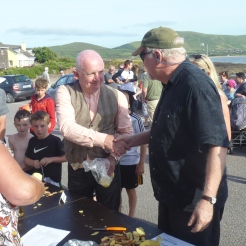 Jonathan discovered that he had to use a standard knife given to all contestants, he couldn’t use his nicely sharpened knife. He protested to the judges (L), but they insisted that everyone use the same knife. He was up against one other man in his heat and both of them qualified by completely peeling two potatoes in under one minute. In the end, though the winner was a woman in the first heat. She was able to peel both potatoes with the greatest “post-peel weight”. The best was yet to come, however. 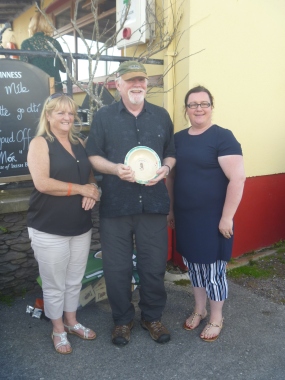 When the results of the cooking contest were announced, Jonathan won second prize! There was mention of the original intention of the Wild Atlantic Way to reveal the connections between the sea and the land. Jonathan’s coming all the way from Peru to Dingle in order to participate in the potato festival and his dish with seafood and potato was widely appreciated, and he will treasure his prize plate. 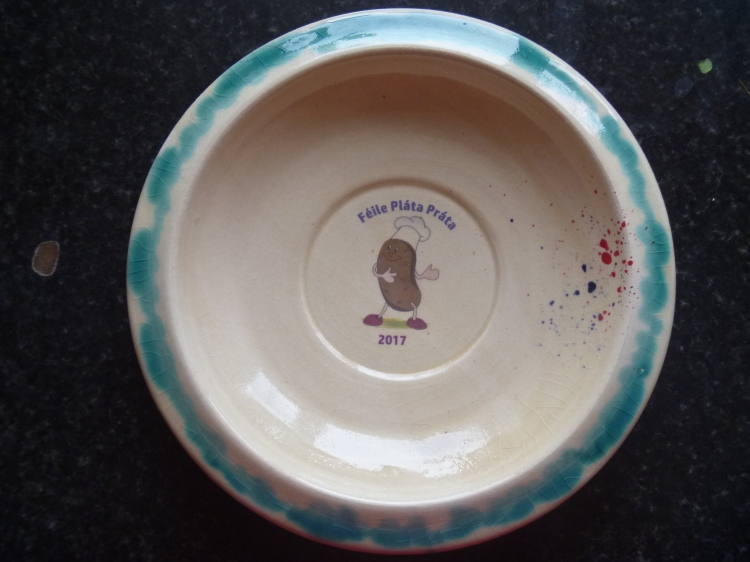 Sponsors included the local radio station and the national Irish potato board, Bord Bía. Féile an Phráta is held every year and is well worth a visit.