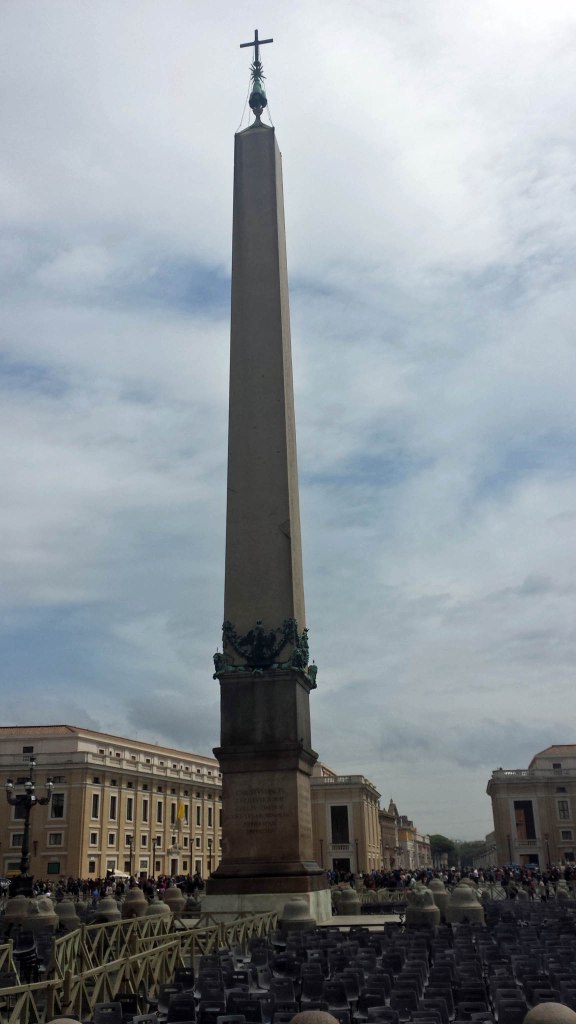 This is the obelisk in St. Peter’s Square at the Vatican. It was brought ot Rome by Augustus in 37 AD. Caligula placed it in his circus, later the Circus of Nero. In 1586 Pope Sixtus V had the obelisk moved to the center of the new St. Peter’s square. 900 men, 150 horses and 47 cranes were used in the move.