From east to west, around Cabo Espichel and up the coast, they included:

I love the beach.

Where umbrellas go to die. 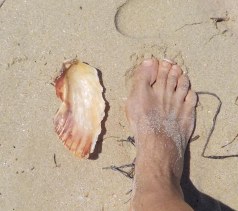 A scallop as big as my foot.

Praia da Figuerinha is just west of Setubal. The long sand spit is a great walk at low tide. 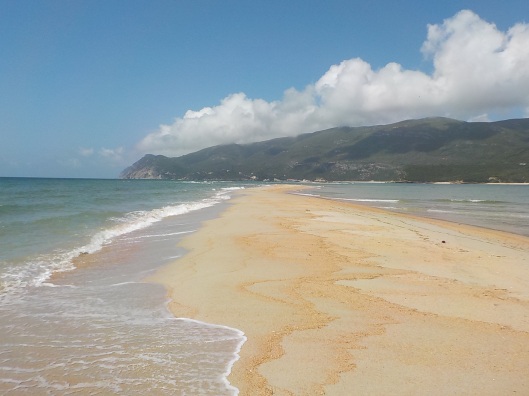 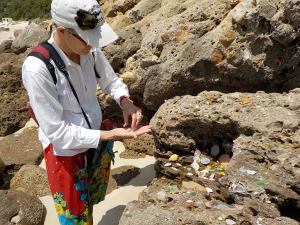 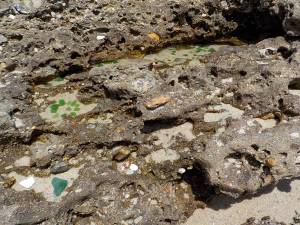 beach glass to leave behind. 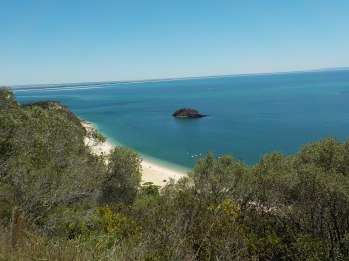 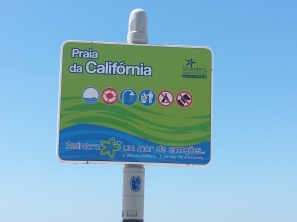 Praia do Ribeira do Cavalo was the one we couldn’t reach. The trail was too steep. Praia do Cavalo on Cabo Espichel is near the dinosaur footprints from the Upper Jurassic. 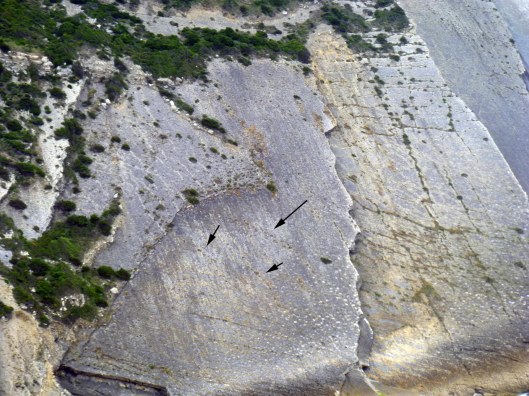 Praia dos Lagosteiros is nearby and has more dinosaur prints, from the Lower Cretaceous. The boundary between Cretaceous and Jurassic runs through the area of Cabo Espichel.

Comparing my stride with the dino

Praia da Foz is just up the coast from the dinosaur footprints, though there are several small bays that can be reached on foot in between. We drove to the end of the road, then walked for a while to reach this beach. In the mud left from the rain we saw the tracks of deer, a biggish animal (Iberian lynx?), and birds. 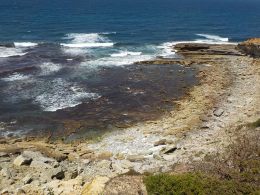 Praia do Meco is part of a long, long beach that stretches for kilometers toward Lisbon. We spent two days, first walking south from the parking area, and walking north the next visit. Here are some of the tiny birds we saw: 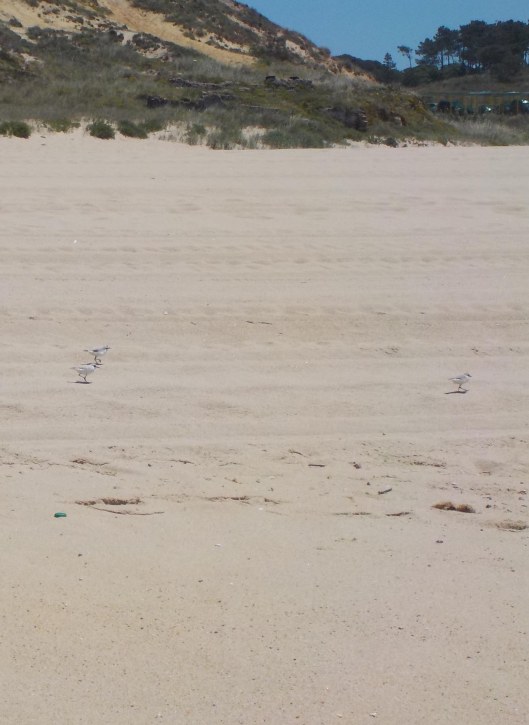 Praia da Lagoa de Albufeira was the furthest we got on our tour of beaches. There is a town of vacation homes but since we arrived before the high season, it was very quiet. There is a huge lagoon/lake on the edge of the ocean, with a large sandbar separating the two. Something for everyone. There were lots of people fishing on the lagoon, apparently the fishing shacks are still in use.

Now you know how we spent a lot of our time this month. In addition to beach combing up and down, we saw a lot of birds. Storks, flamingos, kestrels and all kinds of shore birds and two really unusual birds (for us), a pair of nesting bee-eaters:

And on our very last day in Portugal, we saw a flock of Iberian magpies:

Until recently, these were thought to be the same species as the Azure-winged magpie of Asia, but separated by 9000 km. DNA testing shows that the two are different species.

These were both very cool birds to see. (Note: neither bird photo is by me.)

And thus ended a very eventful visit to Portugal. We left behind a lot of wonderful sights that will have to wait for another time or another person.