What archaeologist can resist visiting Hadrian’s Wall? Hadrian’s Wall was an attempt by the Romans to protect the northern border of their empire in Britain. 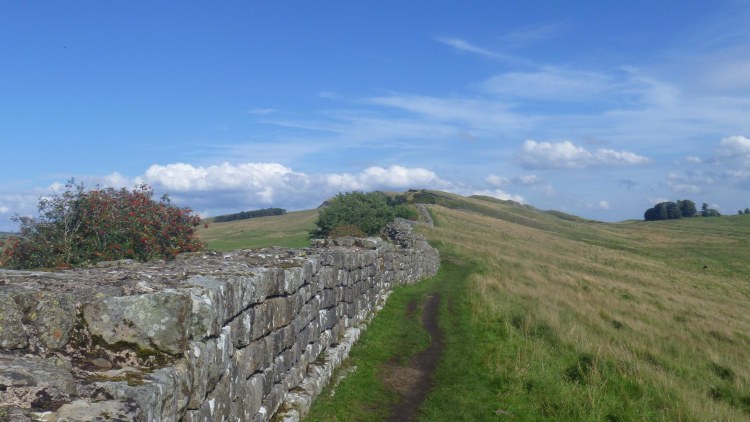 Built starting in AD 122, it spans the width of northern England from Newcastle to Carlisle. Walls like this have never been very successful and Hadrian’s Wall managed to monitor the border for about 200 years, though I wonder who it kept in and who it kept out.

We spent the day visiting two places, Housesteads Fort and Cawfields. Housesteads was built out from the main “Wall” in a great stone square. Excavations have revealed the Roman barracks, the main administrative buildings, baths, wells, and ovens that were part of the fort. There was also a small town or vicus just outside the walls of the fort. 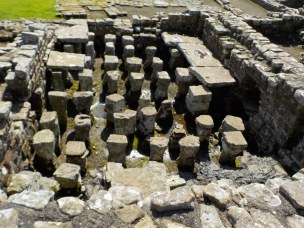 Even on the far edge of the empire, Housesteads had Roman amenities including a bath house. Here, you can see the hypocaust, the space under the floor of the bath house that was heated. It must have been wonderful in the winter in northern England.

The museum at Housesteads shows many of the artifacts recovered during excavations. There are lots of horse trappings and sandals, a few coins, and pieces of glass. Amazing that it all ended up so far from Rome. There are other forts along the wall at Birdoswald (I thought the town was Birdos-wald. It’s Bird-Oswald), and at Vindolanda, as well as a museum with Roman artifacts in Carlisle. We passed a young man who was hiking the entire 84 miles. He looked sweaty, as though the sunny day caught him by surprise. We also chatted with a couple who live in Wallsend, in Newcastle, where the wall ends. That’s a great address. 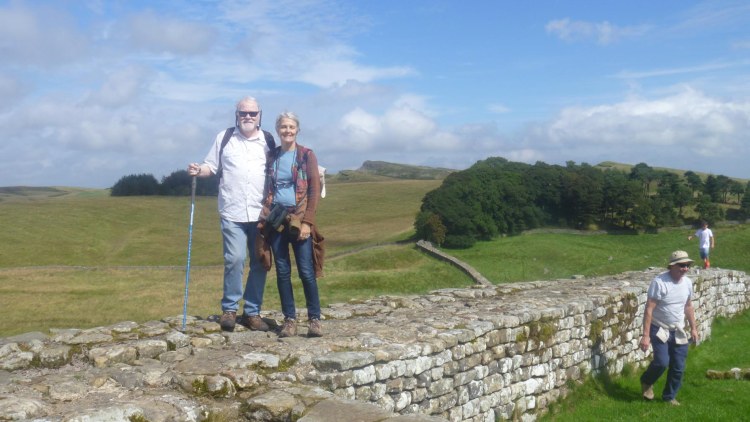