The excursion to the national park focused on visiting the end of the Panamerican Highway, and seeing the shore of the Beagle Channel. The end of the highway is nicely marked, even though it is a parking lot. 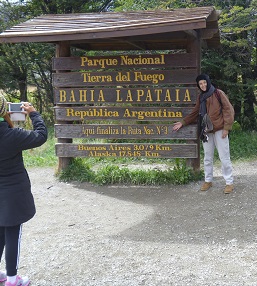 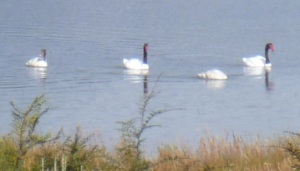 And we were reminded again that this is the end of the world: 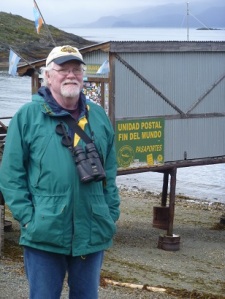 The scenery is indeed majestic:

The trip is not without its humorous elements. We passed on the ride recreated along the line of the steam train that took the early 20th c. convicts to work every day, and we were not allowed to walk on the archaeological shell mound, though I just wanted to see what was in the excavated area…..Jonathan pouted about something–the rain? (It stopped.) 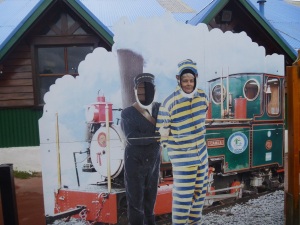 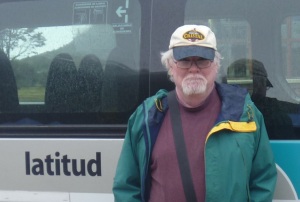 The weather was much colder than the past few days, not warmer than 50 F and probably colder. There was intermittent rain, as well. It makes the previous two days of temperatures in the 60s F seem balmy. I wore all my clothes and was fine, but I did need everything (long underwear, t shirt, collared shirt, padded vest, scarf, jacket, hat, gloves, socks, boots).